Hosted by the Red Deer Museum + Art Gallery and Carnival Cinemas, in partnership with Film Circuit, presented by TIFF. Directed by Tom Harper, Not Yet Rated United Kingdom | 101 minutes | English, eOne About the Film: Rose-Lynn Harlan (TIFF 2017 Rising Star Jessie Buckley, Beast) has dreamt of becoming a country music star for as long as anyone can remember. But Glasgow isn’t exactly Nashville, and, as a convicted criminal and single mother of two young children, Rose-Lynn is more country song than country starlet. Just released from prison, forced to wear an ankle monitor and keep curfew, she can’t return to her job as the house-band singer at Glasgow’s Grand Ole Opry. Sporting her white cowboy hat and white leather cowboy boots, Rose-Lynn lands a new job as a housekeeper for the lovely, and very posh, Susannah (Sophie Okonedo, television’s Chimerica, Hotel Rwanda). After catching her singing on the job, Susannah’s kids quickly become Rose-Lynn’s biggest fans and Susannah her enthusiastic patron, determined to help her get to Nashville. But Rose-Lynn’s dreams come at a cost. Her mother (Julie Walters, Film Stars Don’t Die in Liverpool, Brooklyn), who knows all about abandoning dreams, has always done what she can to help her daughter realize hers, but she also wants her to take responsibility and act like the grown-up that her kids need her to be. Tickets are on sale now! Purchase your tickets online at www.reddeermuseum.com, stop by the Red Deer Museum + Art Gallery in person, or give us a call at 403.309.8405. Tickets are $8 each for valid MAG Members, and $10 each for Non-Members, up until 4:30 pm on film nights. Tickets can be purchased at the door on film night for $10 each starting at 6 pm (cash only; no member rate at the door), pending availability. Reel Movie Mondays gratefully acknowledges our partnership with Film Circuit, presented by TIFF, and its sponsors and supporters. For more information about Film Circuit and to view a full list of their sponsors and supporters, please visit www.tiff.net/filmcircuit. 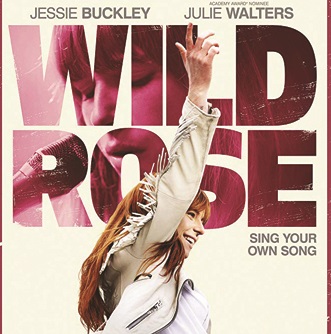