Hosted by the Red Deer Museum + Art Gallery and Carnival Cinemas, in partnership with Film Circuit, presented by TIFF. Directed by Julius Onah, Rated 14A USA | 109 minutes | English, Elevation Pictures About the Film: Certain to be one of the most talked-about films of the year, LUCE is a smart psychological thriller that will leave audiences breathless. An all-star high school athlete and accomplished debater, Luce (Kelvin Harrison Jr.) is a poster boy for the new American Dream. As are his parents (Naomi Watts and Tim Roth), who adopted him from a war-torn country a decade earlier. When Luce’s teacher (Octavia Spencer) makes a shocking discovery in his locker, Luce’s stellar reputation is called into question. But is he really at fault, or is Ms. Wilson preying on dangerous stereotypes? Stacked with amazing performances and adapted from JC Lee’s acclaimed play, director Julius Onah has created an intense, multi-layered and deeply entertaining look at identity in today’s America. Principal Cast: Naomi Watts, Octavia Spencer, Kelvin Harrison Jr., Tim Roth Tickets are on sale now! Purchase your tickets online at www.reddeermuseum.com, stop by the Red Deer Museum + Art Gallery in person, or give us a call at 403.309.8405. Tickets are $8 each for valid MAG Members, and $10 each for Non-Members, up until 4:30 pm on film nights. Tickets can be purchased at the door on film night for $10 each starting at 6 pm (cash only; no member rate at the door), pending availability. Reel Movie Mondays gratefully acknowledges our partnership with Film Circuit, presented by TIFF, and its sponsors and supporters. For more information about Film Circuit and to view a full list of their sponsors and supporters, please visit www.tiff.net/filmcircuit. 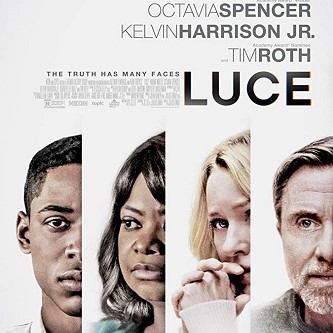