Reel Movie Mondays: Portrait of a Lady on Fire

Hosted by the Red Deer Museum + Art Gallery and Carnival Cinemas, in partnership with Film Circuit, presented by TIFF. Directed by Céline Sciamma, NYR France | 119 minutes | French w/English subtitles, MK2 About the Film: Winner of both the Queer Palm and Best Screenplay Awards at this year’s Cannes Film Festival, the fourth feature from French writer-director Céline Sciamma (Girlhood) is an exquisite portrait of hidden love, art, eros, and the gaze. Set in 18th-century Brittany, Portrait of a Lady on Fire follows Marianne (Noémie Merlant), an artist commissioned by an Italian noblewoman (Valeria Golino) to paint a portrait of her reclusive daughter, Héloïse (Adèle Haenel, The Unknown Girl, The Forbidden Room), who is soon to be married. However, there are peculiar conditions of this assignment; Marianne must never announce to Héloïse the objective of her visit. Instead, Marianne is to act as a companion to Héloïse, escorting her on walks while closely observing her subject so as to render her likeness on canvas in secret. Dissatisfied with her initial portrait, Marianne petitions her patroness for a second chance. In frustration and growing kinship, Marianne confesses the ruse to Héloïse, procuring her cooperation and allowing the women to forge a much closer bond — one that will lead to a passionate intimacy. “It’s a great example of how a well-told story, with vivid characters, can seep right into your bones and keep you thinking for days afterward — and the pleasure felt while watching it isn’t negligible either.” —Stephanie Zacharek, Time Magazine Principal Cast: Noémie Merlant, Adèle Haenel, Luàna Bajrami, Valeria Golino Tickets are on sale now! Purchase your tickets online at www.reddeermuseum.com, stop by the Red Deer Museum + Art Gallery in person, or give us a call at 403.309.8405. Tickets are $8 each for valid MAG Members, and $10 each for Non-Members, up until 4:30 pm on film nights. Tickets can be purchased at the door on film night for $10 each starting at 6 pm (cash only; no member rate at the door), pending availability. Reel Movie Mondays gratefully acknowledges our partnership with Film Circuit, presented by TIFF, and its sponsors and supporters. For more information about Film Circuit and to view a full list of their sponsors and supporters, please visit www.tiff.net/filmcircuit. 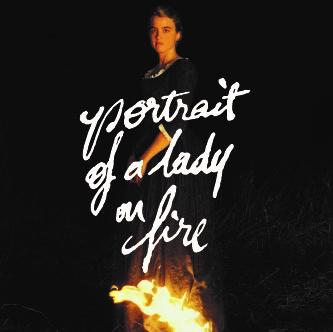