Hosted by the Red Deer Museum + Art Gallery and Carnival Cinemas, in partnership with Film Circuit, presented by TIFF. Directed by Pedro Almodóvar, Rated 14A Spain | 113 minutes | Spanish w/ English subtitles, Mongrel Media About the Film: A deeply personal work from one of the world’s foremost filmmakers, Pain and Glory is pure Almodóvar: inventive and irreverent, poignant and exhilarating. Chronicling the existential odyssey of a filmmaker confronting the autumn of his life, the Spanish auteur’s 21st feature immerses us in the thrall of memory (and the fleeting bliss of narcotics) while celebrating art as a balm for the burdens of mortality. Afflicted with creative stagnancy and a cluster of physical ailments, Salvador (Antonio Banderas, who won the Best Actor prize at Cannes for his performance) finds himself drifting into uncharted waters when a revival screening of his controversial classic Sabor reunites him with that film’s star, Alberto (Asier Etxeandia). A longtime junkie, Alberto lures Salvador into seeking solace in opiates, and also reminds him of a script that Salvador wrote and abandoned long ago. Along with this forgotten text comes a flood of old acquaintances and vivid memories — some involving Salvador’s beloved mother (Penélope Cruz, Everybody Knows, The Queen of Spain), others to do with an old flame ravaged by addiction. Infused with dazzling colour and emotional dynamism, Pain and Glory marks another inspired collaboration between Almodóvar and his core creative team of cinematographer José Luis Alcaine, production designer Antxón Gómez, and composer Alberto Iglesias. It’s the cast, however, who render this memoir-fiction hybrid so achingly resonant. Cruz, who was nominated for an Oscar for her work in Almodóvar’s Volver, imbues her role with her trademark vivacity, while Banderas has never been more charismatic and moving in a role at once grounded in authentic experience and elevated by flights of wild imagination. “Antonio Banderas gives his best, most committed performance in years as a film director looking back over his life in Pain and Glory, a typically rich, layered film from director Pedro Almodóvar.” —Adam Graham, The Detroit News Tickets are on sale now! Purchase your tickets online at www.reddeermuseum.com, stop by the Red Deer Museum + Art Gallery in person, or give us a call at 403.309.8405. Tickets are $8 each for valid MAG Members, and $10 each for Non-Members, up until 4:30 pm on film nights. Tickets can be purchased at the door on film night for $10 each starting at 6 pm (cash only; no member rate at the door), pending availability. Reel Movie Mondays gratefully acknowledges our partnership with Film Circuit, presented by TIFF, and its sponsors and supporters. For more information about Film Circuit and to view a full list of their sponsors and supporters, please visit www.tiff.net/filmcircuit. 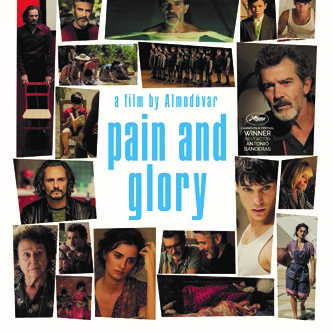