Hosted by the Red Deer Museum + Art Gallery and Carnival Cinemas, in partnership with Film Circuit, presented by TIFF. Directed by Ljubomir Stefanov &Tamara Kotevska, Rated PG Macedonia | 85 minutes | Turkish w/ English subtitles, MK2 About the Film: Nestled in an isolated region deep within the Balkans, Hatidze Muratova lives with her ailing mother in a village without roads, electricity, or running water. She’s the last in a long line of Macedonian beekeepers, eking out a living farming honey in small batches. When an itinerant family arrives, Hatidze’s peaceful existence faces upheaval. Though she optimistically offers the family her beepkeeping advice, the family’s patriarch soon casts Hatidze’s advice aside in his hunt for profit — breaching the natural order and threatening Hatidze’s means of survival. Honeyland is a portrait of the delicate balance between humankind and nature, a glimpse at a fast disappearing way of life, and a testament to one extraordinary woman’s resilience. "This lovely, heartrending movie leaves you marveling at her history and thinking anxiously for her future - and wondering, perhaps, why her example of basic decency has become so endangered." —Justin Chang, Los Angeles Times Principal Cast: Hatidze Muratova, Nazife Muratova, Hussein Sam, Ljutvie Sam Tickets are on sale now! Purchase your tickets online at www.reddeermuseum.com, stop by the Red Deer Museum + Art Gallery in person, or give us a call at 403.309.8405. Tickets are $8 each for valid MAG Members, and $10 each for Non-Members, up until 4:30 pm on film nights. Tickets can be purchased at the door on film night for $10 each starting at 6 pm (cash only; no member rate at the door), pending availability. Reel Movie Mondays gratefully acknowledges our partnership with Film Circuit, presented by TIFF, and its sponsors and supporters. For more information about Film Circuit and to view a full list of their sponsors and supporters, please visit www.tiff.net/filmcircuit. 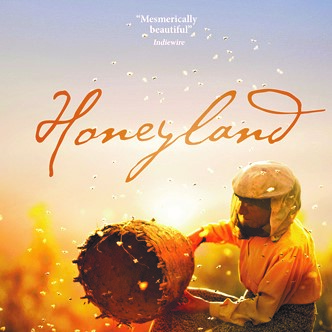